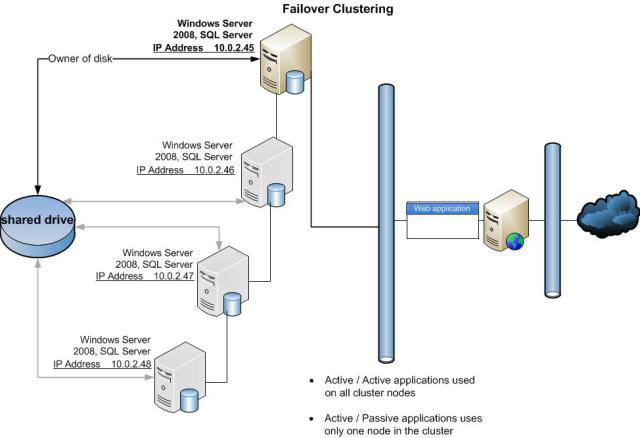 Disaster Recovery is a technique that can be followed for information systems and data recovery at times when Disaster occurs. For an instance: Disasters are categorized as Man-Made such as application mishandling or technical disaster like two-disk failure in RAID.

Disaster Recovery Planning includes preparing list of activities that should be followed in order to overcome consequences of disaster. Selection of an appropriate strategy for disaster recovery completely depends upon the set up and requisites of an enterprise.

Failover Cluster is a set up with multiple number of workstations or Server that are assembled for maintaining availability of applications and services. The nodes are connected through the medium of software or physical cables. If any of the nodes fail, the workload will be re-directed to another node without downtime. 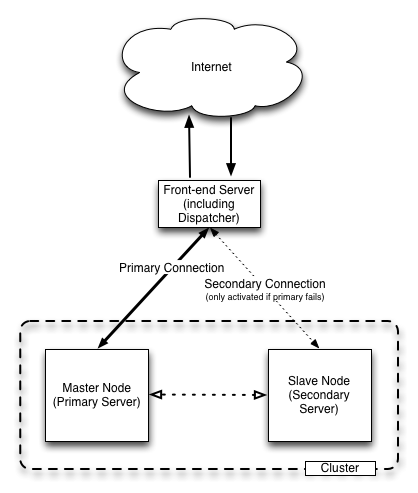 Failover Clusters are meant for applications where updation occur frequently or that have long-running in-memory state. Basically, the applications considered for failover technique includes messaging platforms or those involved in database creation. The stateful applications in this category include print/file Servers, Messaging, and Database Servers.

This technique aims at making systems fault-tolerant; basically is a part of systems that require constant functioning. At time when any instance of SQL Server fails, the database system will be directed from failed Server to active Server (in working state). This is the reason, why this disaster recovery technique proves helpful in situations like OS failure, up-gradation needed in resources of database system.

Note: Since Failover Clustering is meant for high Server availability with no downtime, it is recommended to have small physical connections, basically geographically close. Plus, in case of Disk Array Failure, this technique won't work.

Advantages and Disadvantages of Failover Clustering:

Benefits: It is an automated process failure of an instance re-directs it to another working Server. In addition, Server availability with no downtime is availed. 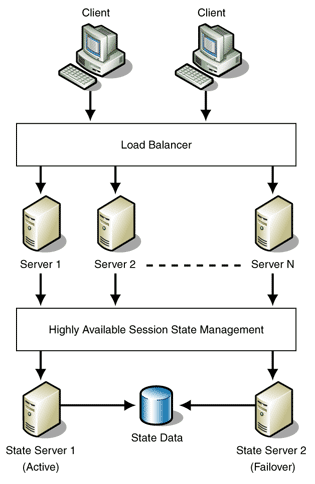 Drawbacks: Maintaining two Servers will prove expensive, means double investment. Since both the Servers are to be maintained at same time, the expenses for clustered nodes will be high.

There is no way to protect information systems against disk-array failure. Plus, you are not allowed to adopt failure cluster technique for database object level; example-table level.

This disaster recovery plan does not work for distant Servers. For example: If an enterprise has branches across globe, the infrastructure would be completely different. You will have to implement Active Clusters in the branches and a normal quoram device Server Cluster won't work here.