Software to Unblock Files from Another Computer 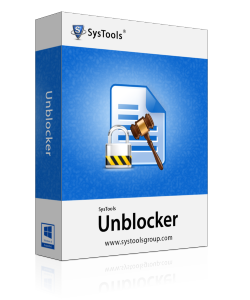 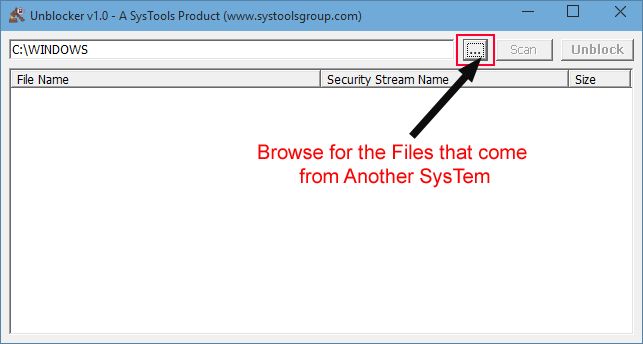 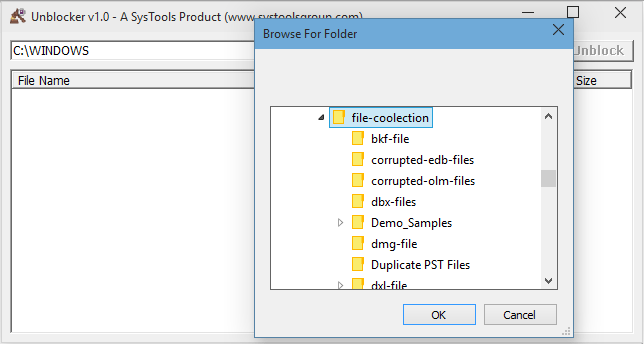 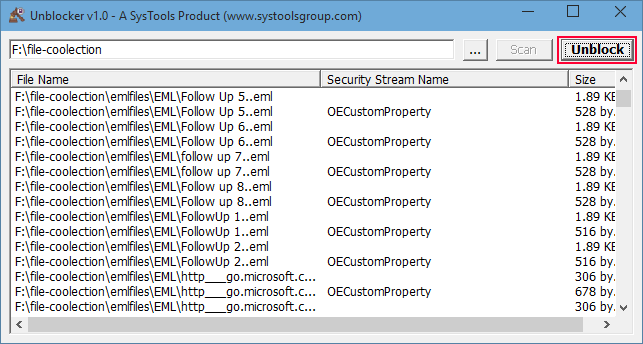 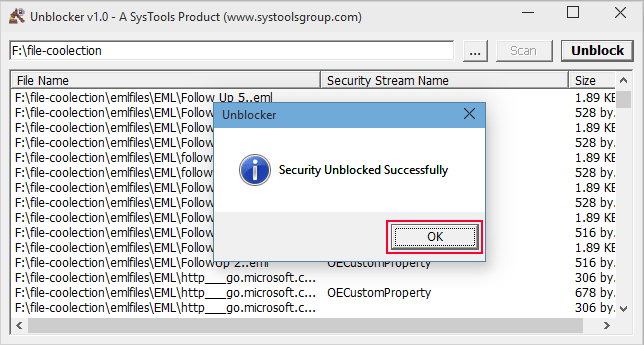 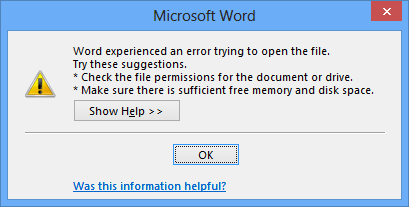 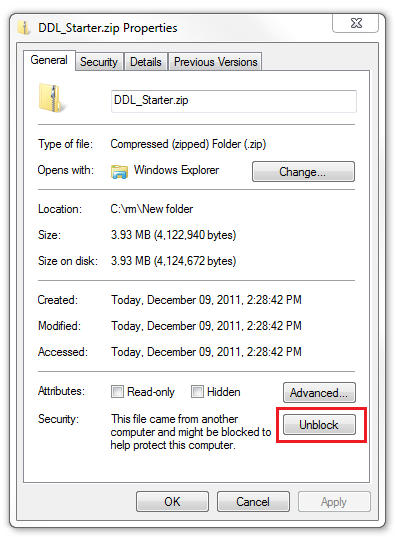 How to Unblock Files from Another Computer or Network ?

Receiving a file from a different computer is not a big deal however, being blocked from accessing, it despite of having supported application/platform, is. Systems sometimes block file access automatically when belonging to a different computer/source or prompt the user with a warning of whether or not allow access to the file.

The Origination: This is basically not an issue but ntfs alternate data stream security applied by NTFS systems on its files especially on machines configured with Windows XP SP 2 or Vista SP 1 and is also included with Windows 7. Occurrence of this security issue is possible with files received or downloaded via; email, or any other means of transfer that functions on network.

NOTE: Also, this security only comes into notice on an NTFS formatted system partition, i.e. where the source as well as target system have NT File System. In contrary, on a system with FAT file system, the security automatically gets disabled and doesn't interrupt file access.

Situations You May Have Experienced

Following are some circumstances and situations where most users have found themselves caught up with the NTFS security blockage. Let us discuss some of them to get an elaborated and illustrative view at different consequences:

Situation 1: "I am a developer by profession and every time that I download source code to try something new, the respective application blocks me from accessing it. On checking the file property, I discovered that the file security settings show that it has been blocked. There are more than 70 such files that I have and though they can be unblocked right from the Windows File Unblock Properties, but doing so individually with each file is a tiresome procedure. How can I unblock all the files at once?"

Situation 2: "I have developed a few applications that work fine on my Windows Vista machine. However, when I share it with other and they try to download or access it, they are displayed with a security prompt which says that the file has been blocked by Windows as it comes from a different machine. What way can I suggest them to be able to download and run my applications without using Windows File Unblock Properties"

Situation 3: "We recently download a zipped archive consisting of 200+ images using Internet Explorer. However, I was first warned from downloading the archive and now while trying to extract file from it I get prompted with the error that reads somewhat similar to – 'Windows blocked the file (file path) from being extracted'. These files are very important to me. How can I get rid of this issue?"

You can use UnBlocker tool to unblock the file(s) protected with the data streaming security applied by NT File System.

Is it possible to unblock the security applied on a zipped archive too?

Yes, it is very much possible to unblock ntfs alternate data stream zone.identifier security applied on zipped archives as well as other file types that prompt related errors.

What is the maximum size of file that the tool can process?

The software comes with no such limitations. You can process and unblock files of any given size.

Can I use the software on my Windows XP machine?

You can use the software on any Windows OS version as it is a Windows based solution. Thus, it will work successfully on a Windows XP machine too.

Is this a completely free of charge tool or do I need to pay afterwards?

UnBlocker is a completely free of cost software that you can download, install and directly use on your machine to unblock data streaming security from bulk of files. There are no hidden charges associated to the software.

What our Clients Says

We have been in a similar situation and using the unblock button file properties of Windows is time consuming for multiple file. The problem was so disturbing, but with UnBlocker I now always have a handy tool that helps me out in situations like these and others around me too. Thanks!"

The issue was very frustrating and had been interfering with our workflow every now and then. However, with this tool I not only got the easier way out to deal with the issue, but also an absolutely free of charge platform for bulk number of windows file properties unblock!"