Microsoft OneNote is a unique computer application for free-form to gather information and collaborate multi-user. It is capable to collect both handwritten/ typed notes, audio commentaries, drawings, and screen clippings by the users. Moreover, a user can share notes with some other OneNote users also over the network or Internet. This OneNote application comes as a part of Microsoft Office in Windows 10. It is a free and standalone application can easily be used on Windows, Windows RT, Mac OS, iOS, Windows Phone, and Android. Moreover, it has a web-based version also, which come as a part of OneDrive/ Office Online and offer customizable new interface. With the help of this web-based version of OneNote, a user can edit the notes using a web browser.

Understand in brief What is ms OneNote used for & some Major OneNote advantages : 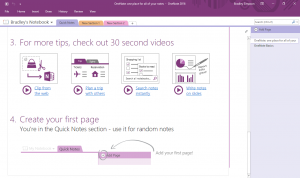 Apart from all this, like any other application, OneNote also uses cache to store data temporarily. But it has some issue that if it is not handled properly, OneNote will become unnecessarily large.

So, if the cache of OneNote become corrupted, then one has to delete it manually. Therefore, it is really important for the user to clear OneNote cache in 2016, 2013 , 2010 on regular interval to avoid any type of corruption issues.

Why is Cache Folder Required for Microsoft OneNote ?

The cache folder is really important for the users as it stores all data in a reduced format due to which its execution of some particular instructions becomes fast during web access. But, if it is occupying a large amount of space on the system, then deleting it would be a right choice. Moreover, if it gets corrupted, then it can badly affect the performance of Outlook. Let’s discuss some of the commonly faced issues due to corrupted OneNote cache folder:

1. Start displaying error messages and also launching the application becomes difficult. At times, a user is totally unable to start it.
2. A user will not be able to recover the work in progress.
3. A large amount of space is occupied by the system.

However, if a user deletes the corrupt cache folder, then a new cache folder will be rebuilt by the OneNote.

Before starting the process, always keep in mind that Microsoft OneNote cache is there because of a reason i.e., it keeps all offline edits. If a user clears these OneNote caches, then all these changes will be gone forever without synchronization. After that, a user needs to open these notebooks again and synchronize it from the scratch.

Now, to Clear OneNote Cache in 2016, 2013 , 2010 , you need to locate OneNote cache file first. The default location of cache of Microsoft OneNote is: 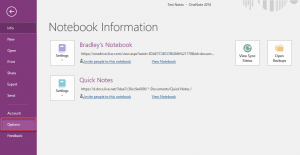 However, if a user wants, then he/ she can change the file path simply by clicking on the Modify button. Here, one can alter the size of OneNote backups and cache also. 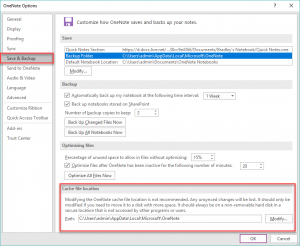 Now, to delete the cache folder of OneNote, follow the steps below:

1. First of all, close OneNote application on the local system

2. After that, go to the following file location: 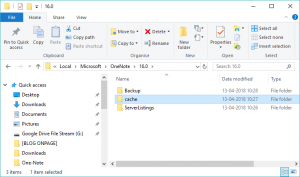 4. Here, a folder with cache name is there. You have to right-click on it and choose Delete option
5. Now, if the Backup folder is also large in size and not required, you can Delete it also.

Microsoft OneNote is a useful application available in Microsoft Office and on Windows 10 platform to maintain notes and gather information. It also allows users to exchange notes with some other OneDrive also. But, if the cache file used by it to store temporary information gets corrupted, then it will hamper the normal functioning of OneNote. Thus, it is important to clear OneNote cache files and let it work smoothly. Hence, this blog will let users know how to clear OneNote cache in 2016, 2013 , 2010 properly. View all of Raj Kumar's posts.