Are you trying to import PST files into Exchange mailbox? And you are stuck in between the migration process due to New-MailboxImportRequest failed. So, follow the solution briefed in this article to know how to deal with this situation.

The New-MailboxImportRequest Command can be used for on-premises as well as for Exchange Online also. It allows users to import .pst file to the Exchange 2016/13/10 and other below environment mailboxes.

To use this cmdlet, users need to take various permissions in Exchange as a pre-requisites. But ‘New-MailboxImportRequest’ get failed error occur s while transferring Outlook PST to Exchange mailbox. Therefore, in this article, we are going to discuss some handy solution to troubleshoot New-MailboxImportRequest: Status Failed or Access Denied Issues.

Well, let’s have a look at some scenario that will give a brief insight into the situation.

“I have been trying to import an 11 GB(Giga-Byte) PST file to Exchange 2013 using ‘New-MailboxImportRequest’ cmdlet. In beginning, the process went so smooth. But, after some time, it remains hung at Queued. After that, the request becomes failed. I have no idea about this situation. Also, I go through many forum and use ‘Get-MailboxImportRequest’. But, it just displayed the Name/Mailbox/ Import request status. Please guide me what step should I take to resolve New-MailboxImportRequest failed status in Exchange 2013 and communicate with the database mailboxes without any data loss. Please help!”

When the users execute import request in Management Shell in order to move the PST files into mailboxes, they hung up and the following error runs through the screen:

There are some Common reasons by which this error occurs during the import process. Here, we discuss the three top-most causes due to which import request become failed or access denied issues.

This can be resolved by placing the following Parameter value in New-MailboxImportRequest command before the execution in the shell.

Note: Parameter value should be greater than 51.

After knowing the reasons, let us go through the troubleshooting methods to fix this error.

Note: After running the cmdlet, to view the status of the current request by piping below cmdlet can be used: Get-MailboxImportRequestStatistics.

Whenever import process stop or failed, most Exchange users try to resume the process to save the time and effort. For that few commands are available.

It is evident from the above New-MailboxImportRequest cmdlet failed and not communicate with target mailbox stored in the database due to file size limit. So, it is better to improve the limit and then run an import command. For this, use the below instructions carefully:

After that, wait for few minutes and then restart the following services:

This is also a common error arise while importing Outlook file. The reason for this error mostly due to permission of folder used a file path to import data stored in it. 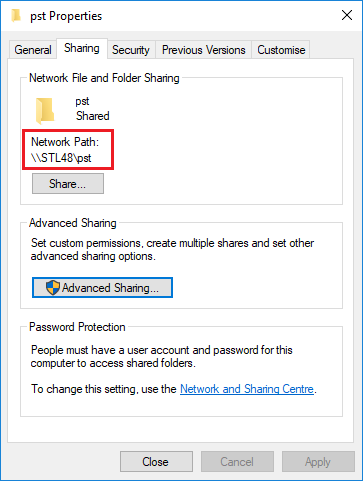 To avoid this error, grant all the “Read / Write” Permissions to Group Exchange Subsystem to the share networked from where you want to import Outlook File. If permission is not granted properly then the connection could not establish between the server and the target folder. 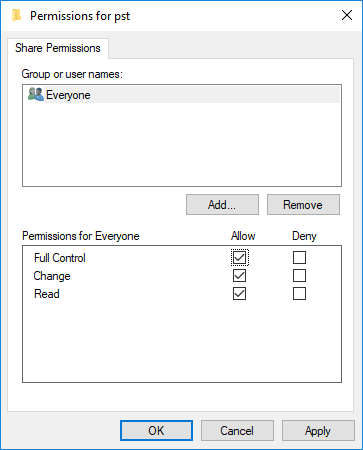 PowerShell method is a good option to resolve various complicated task. But moving data from one place to another mailbox, PowerShell cmdlet take lots of time. So, it is better to click on Exchange Import Tool. The software is able to successfully import PST file into Exchange mailboxes.

With this utility, one can easily move emails, contacts and other data items from PST file to Exchange. Above all, the software is capable to transfer secured .pst file to Exchange Server without any error.

Many Exchange admins have first priority is to use the PowerShell Exchange command for the Import/Export process. However, any single mistake in cmdlet leads to numerous errors One of the glitches is New-MailboxImportRequest failed status. That is why, in this post, we have covered manual ways to resume the ‘failed’ status situation. If you want a better path to import multiple PST into desired Exchange mailbox, then go for Exchange Import tool to save Time and Effort.