The system defined folders of Lotus Notes includes Inbox, Drafts, Sent Items, Trash, Junk Emails, Tasks, Contacts, Calendar, and Journals. These folders are by default defined by the system and cannot be renamed (unlike the user-defined folders).

The user defined folders are created by user of Lotus Notes explicitly for their ease of accessing emails. For Example: If an Employer get 1000 of mails from employees then it become mandatory for him to define certain rule & make customized folder with employees name accordingly.

At the time of migrating data from one platform to another, there occurs scenarios where mapping the system folders become a necessity. For Example:

When the data is moved to different emailing platform, there is possibility that a dissimilar language is used. For example: It was English in the source machine while it is Russian in the target Outlook®. In that case, the option for folder mapping helps in simpler mapping of System Folders with System Folders.

While moving data from one mail client to another, there can be need to differentiate between the data of source client and the new client. In that case, the old data can be archived into new file but with different folder names which is possible by mapping System Folders with User Defined Folders.

How the Tool Map the System Folders?

Export Notes software has "Custom Folder (s) Mapping" option that allows moving data into desired folder in the output PST file. To get this option in the tool, click on the "Settings" button available alongside "Apply Advance Settings (For Advance Users)". 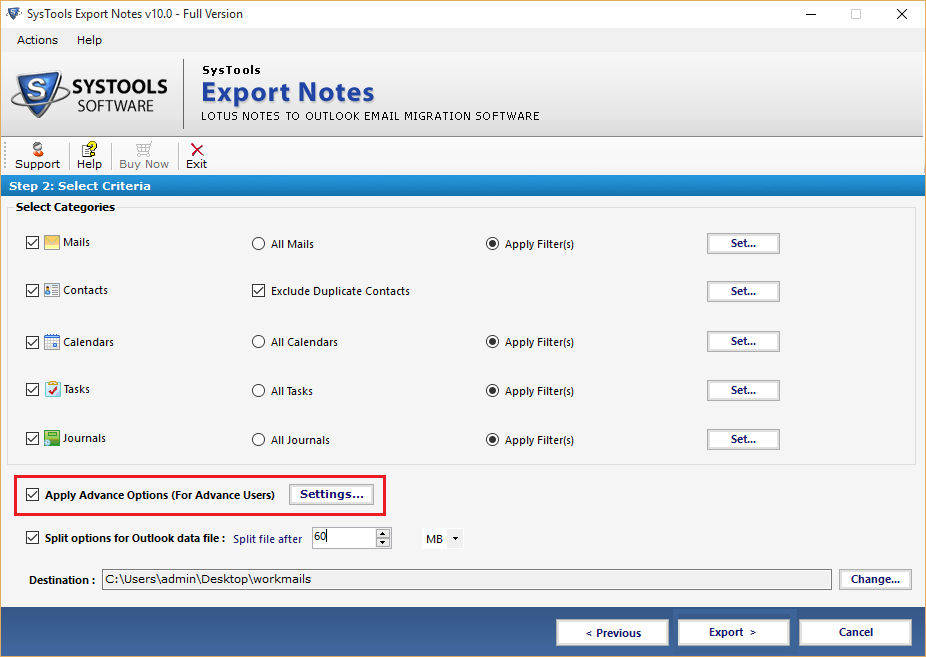 Enable the check box for "Map Folder (s)" option to get started. To select the Notes system folder for mapping, use the drop down menu that is available corresponding to the "Select Folder" option.

In the text-box for "Changed Folder Name" and provide a customized name for the System Folder (that is probably in a different language). For example: 'Inbox' in English is called 'входящие' in Russian Language. So this way, the system folders can be mapped with system folders using Export Notes software.

Once the credentials are provided, click on "Save" button. The similar process can be repeated for other system folders. Once done, click on "Apply" button at the bottom of the window to set the changes. 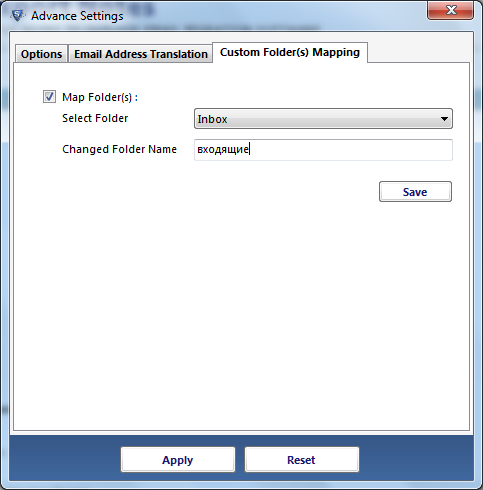 Preview the Result after Folder Mapping

In this section you can preview the mapping results after exporting Lotus Notes Folder to Outlook. In the given screenshot you can notice the name of SysTem Folder Changed according to the Russian Language due to mapping.

In this case too, the mapping process is the same but the difference is the folders that system defined will be moved into a new folder that is defined by the user. For example: The mails in the Inbox has to be archived into a folder named "Old_Mails". In this case, the changed folder name will be assigned according to convenience.